The "Righting of the Ship". 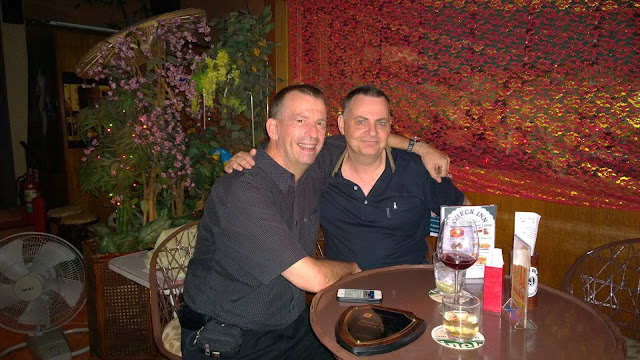 After a re-read of the Bangkok Beat book about the days of Chris’ takeover, it all comes back to me, the same strange sensation of excitement and worrying for the place I loved so much. 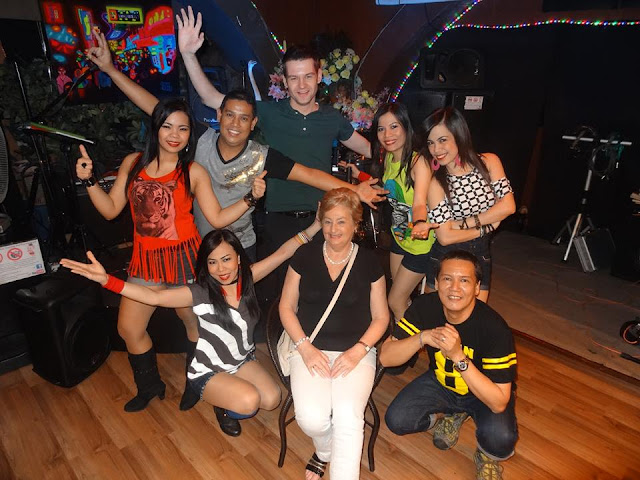 My brother and my mother with the band.

I had already been a loyal customer for years before the transition period,and sometimes I went to Check Inn 99 four times per week.
Some of the nights, amazingly enough, I was actually the only customer inside the place during the entire evening. I could come somewhere between 8 and 9 PM, and then stay until closing hours. I always sat at the same table every time I was there. A low sofa made of bamboo with a bamboo table with a glass plate.
The only high chairs, as far as I remember was the few located around the bar counter.
Next to my sofa (on my left side) was a long line with hostesses who sat in their chairs sleeping, chewing on something, playing with their phones, or just chatting with each other.
I remember clearly what Kevin writes about in his brilliant book Bangkok Beat, customers with a darker skin tone than me were stopped by the staff with the message this was a private Club. A strange way to conduct business, I thought. 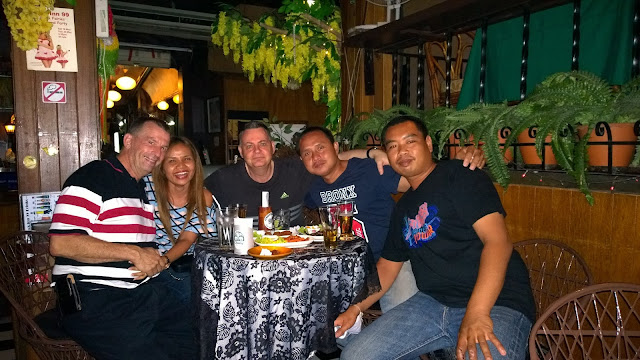 Then one evening I could feel a strange atmosphere as soon as I sat down. I was told by one of the staff the bar was sold, and the new owner had said he would make some changes to the place. As a regular customer, one will always be a bit negative when these kinds of news are shared. Regulars always want the Status Quo to remain unchanged.
I remember I had seen Chris before, but not where and when I had seen him. I guess he had been around the last few times I had been there, and I just thought he was just another customer maybe.
Then one evening Chris approached me, and introduced himself as the new owner. So this is the guy, I was thinking. Let’s hear what he has to say. But as we all know, it is very easy to like Chris as soon as one talk with him. Chris has this ability to treat each and every customer as he/she is a VIP. And he did that with me as well. He already knew I was one of the regulars for years, so he was kind enough to share some (just enough) info about what he planned to do, and why he had already started to make the changes. 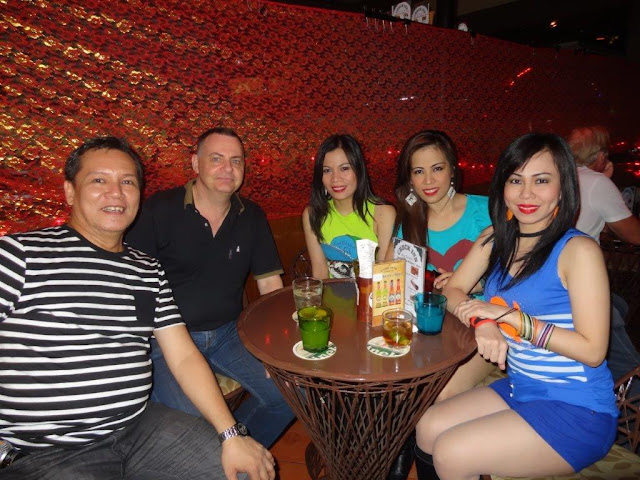 Me with the original (band) crew.

I remember as Kevin writes about in Bangkok Beat, how more and more of the Hostesses disappeared. I remember the low furniture I used to sit in was changed with high tables and chairs. I was not impressed, until I sat there. It was better. I had to admit that.
But I was not impressed by all the Hostesses disappearing. But as we all know, it was actually for the better. I had to admit that myself. The famous righting of an almost capsized ship had begun. And as we also know, with Chris at the helm, he made the ship steady.
My “second to none” favorite bar in Bangkok had been saved.
Thank you Chris.