The day I «outed» myself from the non-gay closet. 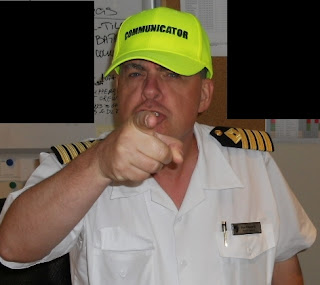 To learn English for a person with another mother tongue, can be very tricky. Because there are so many words which means different things and so many words which sound almost the same. I learn that all the time, and on several memorable occasions with some valuable lessons learned as well.

One of these occasions happened some years ago while I was working on a cruise ship as the ship’s Staff Captain, which is a senior Officer position. It is the Captain’s number two position.
Anyway, we were standing on the Bridge. The Captain, myself, one Senior and one Junior Navigations Officer.  And two deckhands, which of one was the duty quartermaster.
The Captain suggested some kind of social activity he thought we all could participate in. Some sort of Team building, which we did not too often.

One could see that this was an interesting suggestion, and everybody started to think about it. Brainstorming.
Before anyone could reply to the suggestion with their ideas, I raised my arm and proudly stated very loud to everyone present…..I am gay!

Back in those days I was known as a man who always looked for female company.  A Butterfly (to be nice), or a male-slut if you like. So one can only imagine the absolutely stunned silence on the Bridge, and everyone staring at me, wondering why I chose this particular moment to come out of the closet.

I could not understand why they all stared at me like this, until the Captain said…….ehhmmm maybe the Staff Captain means he is “game”?...... And everybody started to laugh.
And me? I had no idea what it all was about. I always thought it was..... I am gay, since the word gay can also mean happy or carefree. 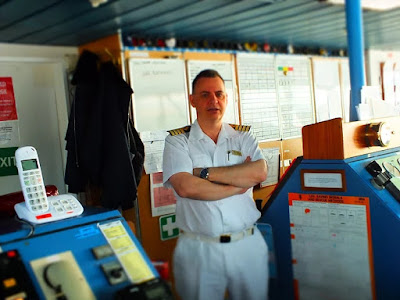 Hey! Why is everyone staring at me like that?