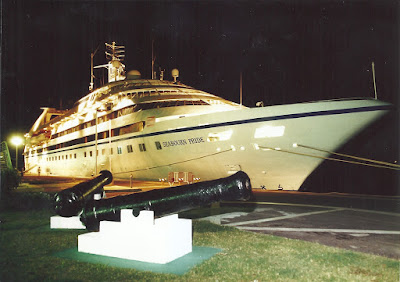 After more than 20 years in the cruise industry, I remember several of my friends and family members asked me, how is it, to have this kind of job, and how come I left the Navy after 11 years to pursue a career in the cruise industry.
I left the Navy basically because the Cold War was over and the budget cuts had started, which resulted in less and less sailing time. It became boring.
Never really talked much about my jobs when I was off the ships, unless people specifically asked me about them. Not easy to explain something which is extremely far from the work my friends and family do ashore. When thinking back to when I started out, it was just a coincidence really that I ended up on cruise ships. As mentioned, I had been 11 years in the Navy and never ever had a single thought in my mind regarding this industry. Still, it took only 2 years from when I left the Navy to I ended up in what would be my dream job. And I never looked back.

The first time I actually saw a cruise ship up close was in the port of Tromso (Tromsø), in northern Norway when I still was in the Navy, back in 1992-1993. And it was one of those smaller type luxury cruise ships, not one of those Mega cruise ships we have nowadays. At first I wondered if this was a huge private yacht, or if it was a cruise ship. It was probably the most gorgeous ship I have ever seen in my life. I still remember it as it was yesterday.
So when I left the Navy in 1993 I was given a bonus, which was a basic salary paid each month if I went back to school. And so I did, I went home to my hometown (Bergen) and enrolled in to the Maritime Academy there. Not exactly a young student anymore, but this student was extremely motivated, which gave me good grades and one more year at the Academy before I had finished my transition (cross -over) to Merchant ships.

So after my last exam, I started to send out applications to all kinds of companies. No matter what it was, I sent to Cargo companies, Tanker companies, Off-shore companies, Ferry and Cruise Companies, etc. All I wanted was to go back to work as soon as possible, regardless of what type of ship I ended up on.
And it did not take long, probably just a couple of weeks, before the first reply came with an invitation to have an interview. And it was a small Cruise ship Company, running two small vessels, with the name Seabourn Cruise Line. Sounds familiar? 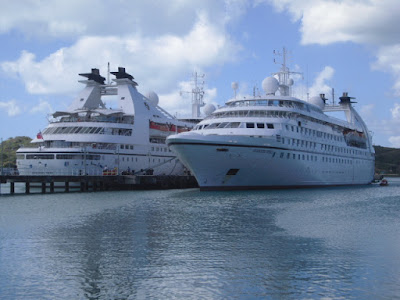 Seabourn Spirit & Pride together the last season, before they got sold.

Seabourn Cruise Line had 2 offices in those days, one in San Francisco (Hotel operations), and one in Oslo (Marine and Technical Ops). So I flew from Bergen to Oslo since I had applied for a job as a Deck officer.
The interview lasted half the day, which included a lunch together with those two gentlemen who did the interview. It was kind of weird to have lunch with the two very same people who might or might not hire me. I guess they also wanted to see if I could use a knife and fork. Hehehe
Back to the office after lunch for some more info, where they told me they probably would hire me as a Second Officer, but needed to finish another interview later in the afternoon. It was a Friday, so they told me they would call me on Monday morning. They asked if I had a last question before we finished, and I just said that if they decided to hire me, they would never regret it. And as promised, they called on Monday morning to inform me that I got the job. Needless to say maybe, but I was thrilled, and I repeated what I told them on Friday, “you will not regret it”.

Things happened very fast after this. I had to renew my passport, I had to get myself a seamans book (service book), I had to buy some personal effects to bring with me onboard. I had to inform my family I would off soon, for about 3-4 months. They needed to handle all my bills when i was away.
The Company sent me flight tickets and joining instructions a week after the confirmation. I would fly to Athens, Greece where a “ship’s agent” would meet me and bring me to the ship which was moored in the port of Piraeus, the19th of November, 1995. 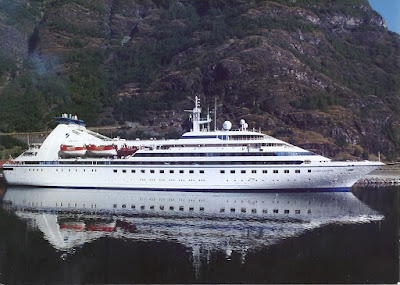 My home for the next years.


Even though I was already an experienced adult, I could not suppress the feeling that I was excited about joining the ship. This was not only a new chapter in my life, but a whole new book really. A new life, very different from what I used to have. And still the biggest surprise was just waiting for me in Piraeus, because when I saw the ship, I got this flashback in my head.
And what was the surprise? When I saw the ship I was suppose to join, it was the same ship I had admired up in the port of Tromso a few years earlier! Imagine that shocker! Hard to describe the feeling really.
I felt lucky. 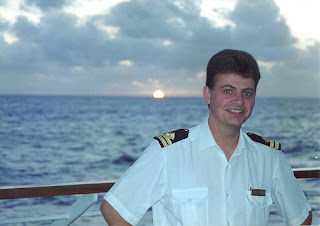