The journey continued to Hong Kong. 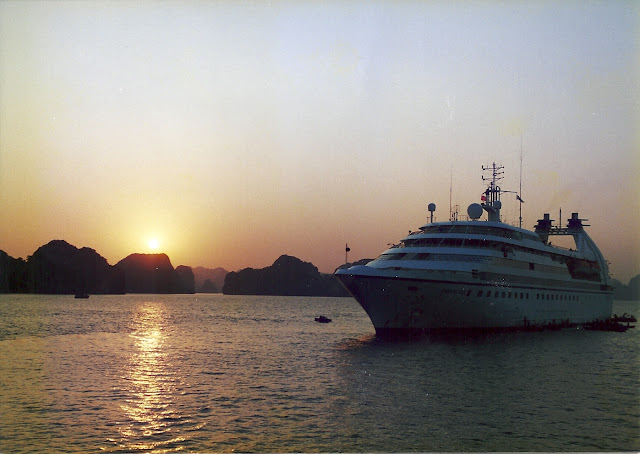 After we had been to Halong Bay and finished with South East Asia, which had included Singapore, Thailand, Cambodia, and Vietnam, it was time for the final leg of this absolutely amazing (and everyone's favourite) cruise. And for me, being in this part of the world for the first time in my life, it was so many new impressions, which still came thick and fast.
We were now heading for Hong Kong where we would "turn around" (embarkation day again),  but with a seaday first, which would bring us through the Hainan Strait as well. 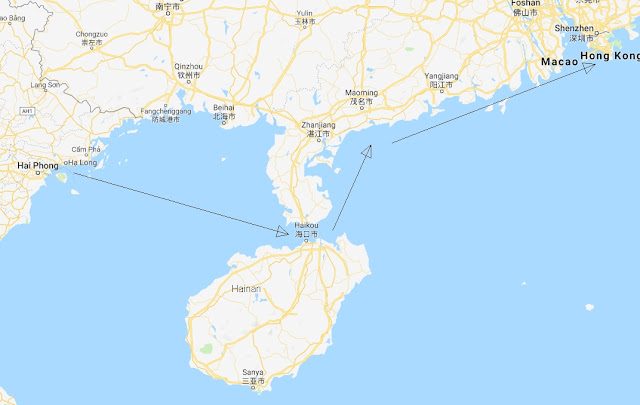 From Halong Bay to Hong Kong, via Hainan Strait.

As indicated on the chart, the next day at sea was first a crossing over the Gulf of Tonkin, a historic place for those who are interested in the Vietnam War. Then we sailed through the Hainan Strait, which has lots of traffic, which made the seaday not as relaxed as sea days can be. We had to double up on the bridge the entire day, with the on duty Navigator plus the Captain or Staff Captain, 2 look outs, and a helmsman (quartermaster). 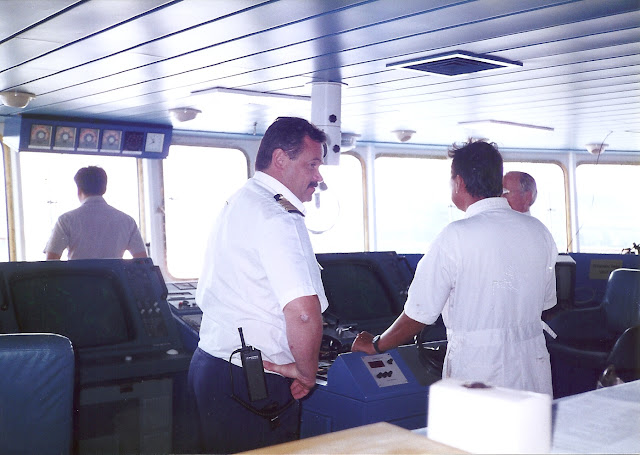 Staff Captain Dag Os, on the Bridge. Quartermaster Alfeo Armilla at the helm.

After the day it took to enter, transit and leave the Hainan Strait, we went back to regular sea watches again with a Navigator on duty and a look out (a Deckhand on duty). Before we again would double up as we were approaching Hong Kong in the early morning hours. 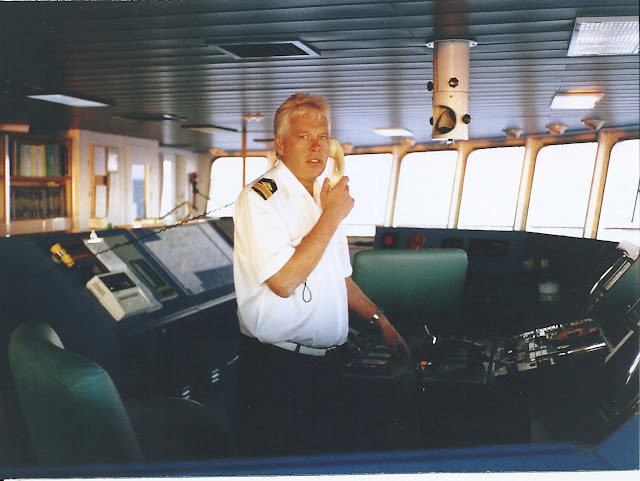 First Mate Kaare Kolseth on duty on the bridge.


We started to approach Hong Kong very early in the morning, with a lot of ship traffic. As one can see from some of the pictures, it was lot of haze in the early hours, before the sun "burned" it away. Interesting to see how they have been building upwards, as the area of Hong Kong over the years got more and more restricted for real estate development. 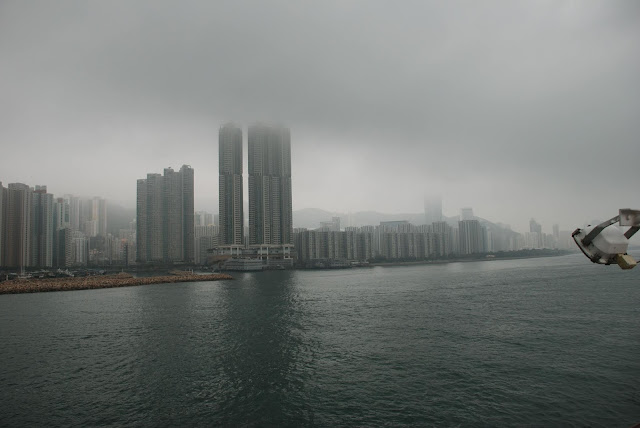 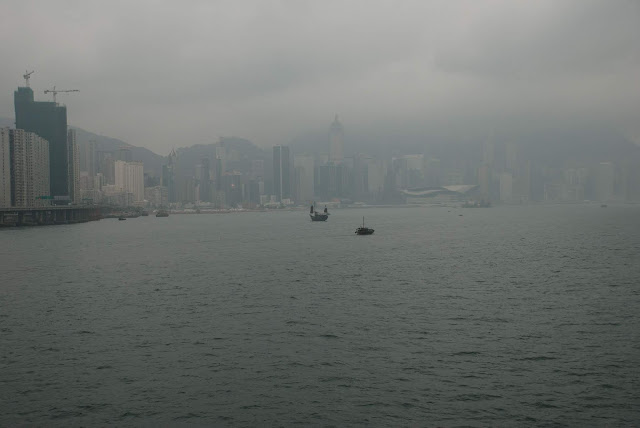 Haze in the morning hours.


So this cruise was coming to an end now, and we would have an overnight as well here in Hong Kong. Another special thing was the fact that the "Christmas cruise" would also start from Hong Kong. Which meant I would spend my first Christmas and new year on a cruise ship. Had been doing it many times already while in the navy. But this would be something completely different. 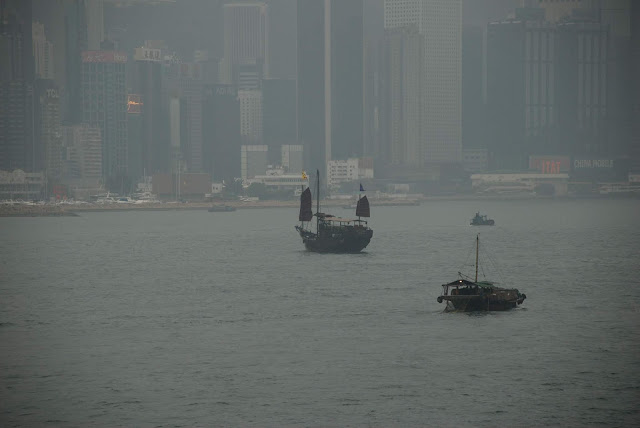 These kinds of boats have by now, more or less disappeared.


The incredible light show they put on at night in Hong Kong (and other cities  later on) was absolutely amazing. Never experienced this before. I can only imagine the energy usage of all these amazing lights. These days, it would not be wise I guess. The pictures I have posted here are not of the best quality as I tried to hold a camera at night time, with no flash. 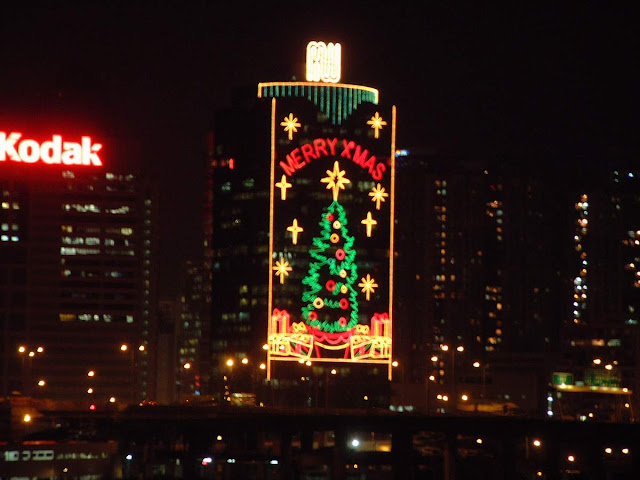 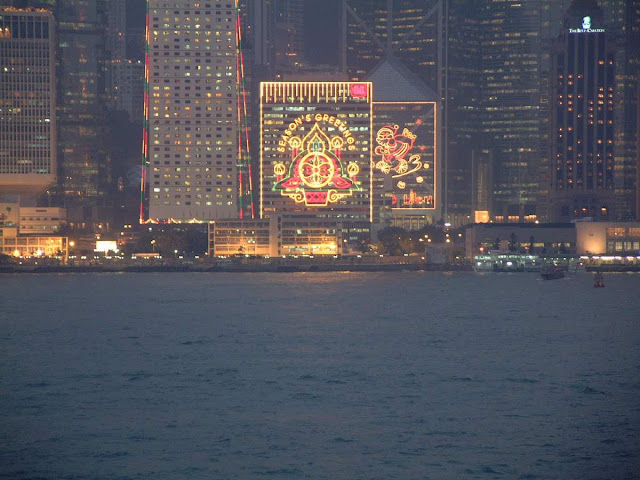 However, we would NOT "turn around" in this exciting port, which I never had visited before. Because we were actually heading for a scheduled 2-3 week long Dry Docking first. But we would have an overnight.
Yesssssss. 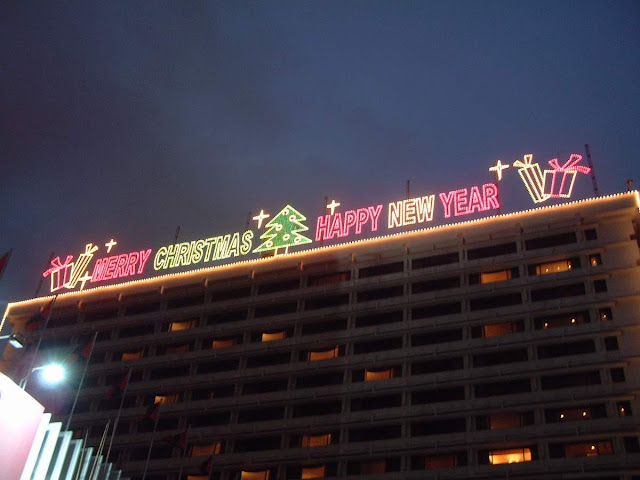 The season's upon us. 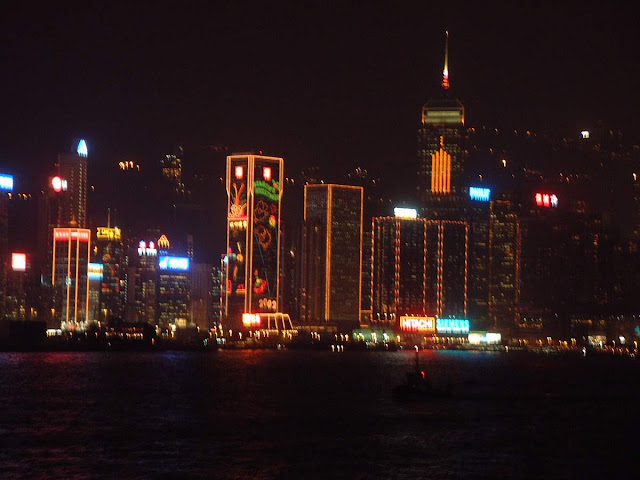 Not good quality, but you get the point. 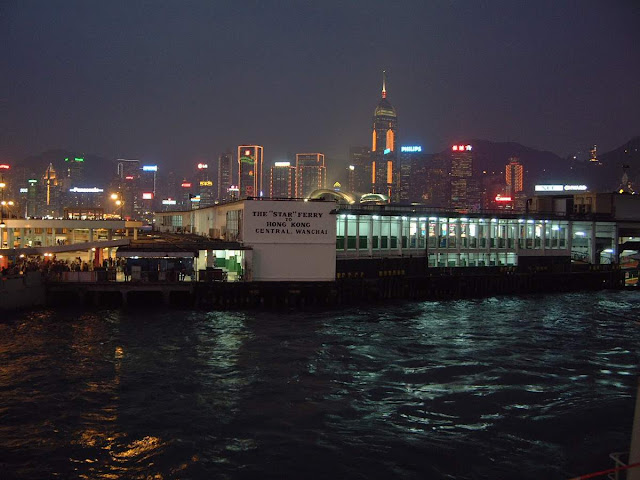 We stayed next to the Star ferry pier.


Again, many of these evening and night pictures are of poor quality since I really have no idea how to take good shots in the dark. 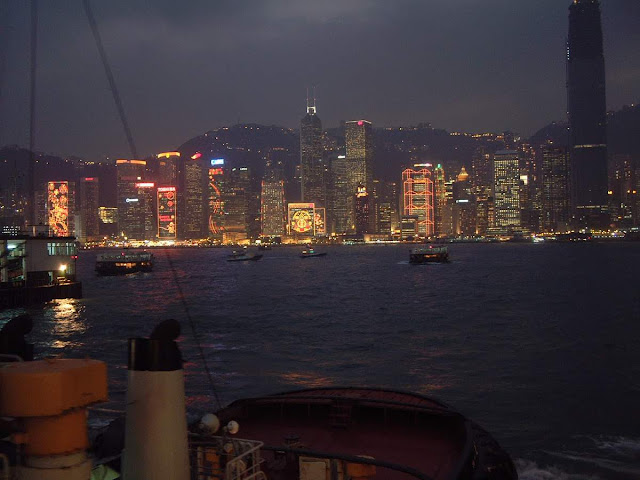 Light show on display from the buildings. 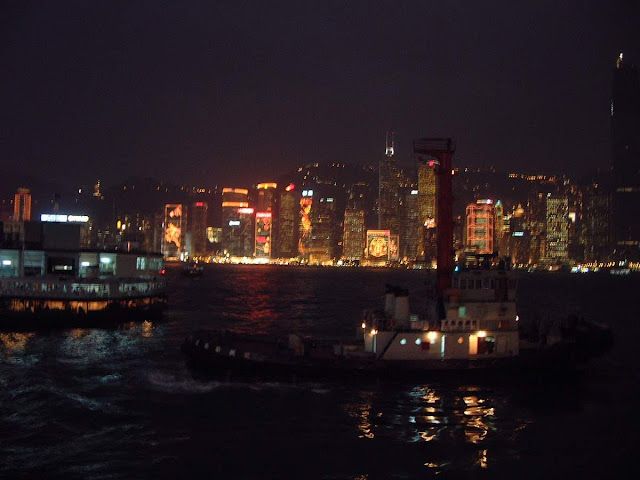 We stayed alongside on the Kowloon side of Hong Kong.

So, after the scheduled Dry Docking, we we would head back the same way towards Singapore again for another turn around. Something many of my colleagues strangely enough did NOT look forward to. Little did I know how hard it can be for our colleagues in the Hotel Department onboard during a Christmas and New year cruise.

Next, to celebrate the special holiday seasons onboard as a crew member.