To DaNang, and a stop in Haiphong, Vietnam. 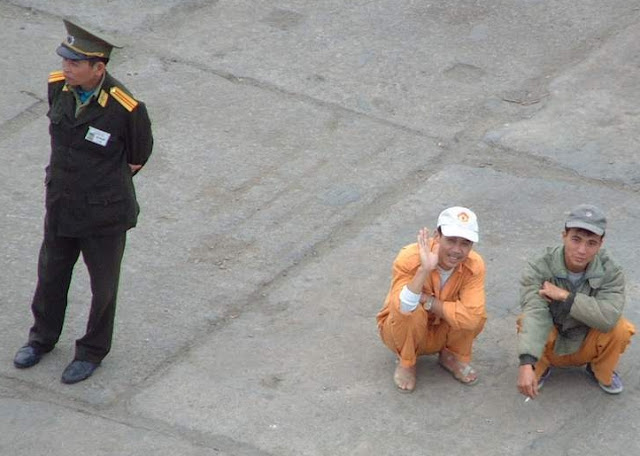 Local dock workers having a break.


We had just visited the exciting city of Saigon, or Ho Chi Minh City, which is the official name, and heading down the Saigon river again. And next stop would be the city of Da Nang, a big fishery port and later on a stop in the commercial port of Haiphong, in the northern part of Vietnam. And once again, exciting ports far away from home were waiting for us as we continued this amazing cruise towards Hong Kong. 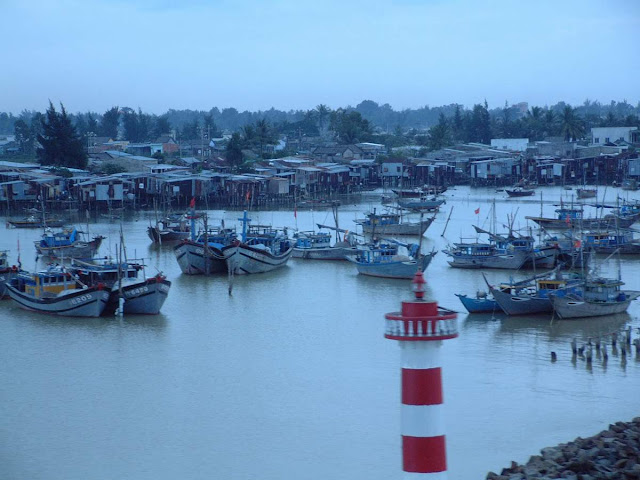 
Da Nang is very famous for many things, and in particularly because of the Vietnam War. Something most of us who are following history are aware of. This area has been populated for thousands of years, and with populare trips to the old Imperial city of Hue, just about 100 Kms away. Da Nang is a city with approximately one million people, and it is a mix of old and new /modern culture. 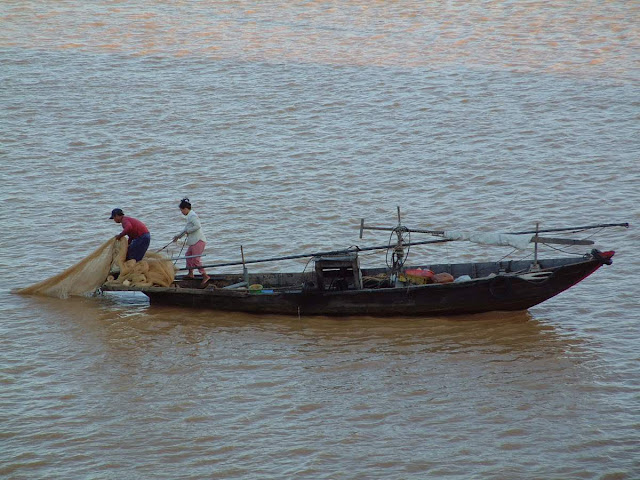 
It is a huge fishing port, but it is also very famous for its marble production. Very cheap marble which one can get shipped home for a low price. This is something you just have to follow up if you visit Da Nang.
Of course, another thing which is maybe not that known to all yet, is the fact there are some amazing beaches near the city. This is a well know fact among all the American service men and women who was stationed in this area during the war. 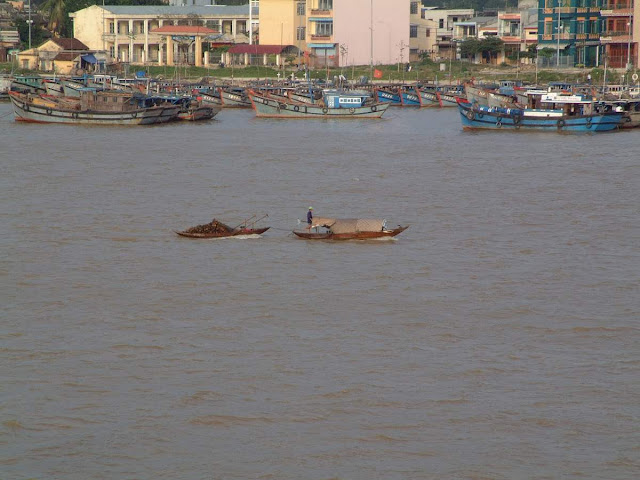 After Da Nang, it was on our way to Northern Vietnam, and with an overnight stop in the huge port of Haiphong. This city is among the biggest in Vietnam with more than 2 million people. And you have to sail up a tidal river here as well. Something which will make us stay for more than a day, since we are dependent upon the right tide to proceed down river again. 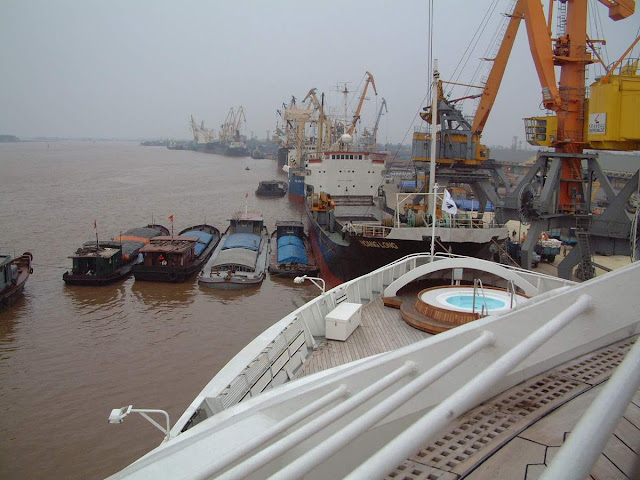 Alongside a huge commercial port.


The capital city Hanoi is inland, so Haiphon is also the nearest big port used. I think the distance is not more than 120 Km.
I believe some of our passengers went on a so called "overland" tour to Hanoi from here. Which means they either stay over night there or come back late the same day. 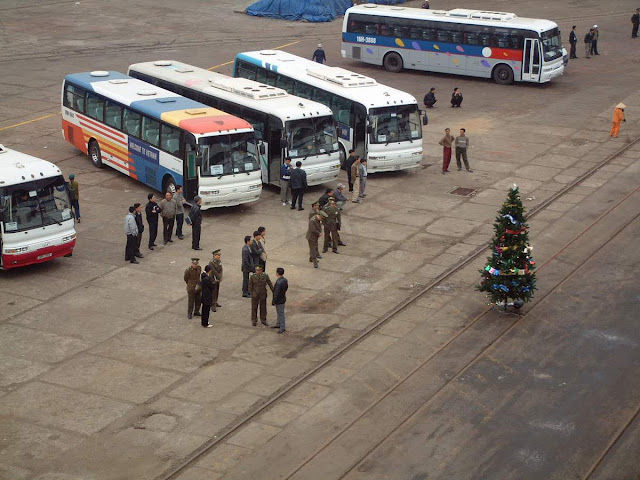 Local tour operators standing by with their buses. Note the Christmas three on the pier. 😁


Vietnam is really a special place to visit, and not only because of the Vietnam War. The people are very hospitable, and it is amazing to see how indistrous they are. They seem to be able to make anything work, whatever little they have. When you travel north-south (or south-north), you might notice they are a little different from each other in many ways, as we are as well back home from region to region.
You will see that the people in the southern part look more similar to their neighbours in Cambodia, Laos and Thailand. And in the north they look a little bit more like their neighbors to the north and east (China). Another thing very noticeable is the fact they are better in English in the southern part. 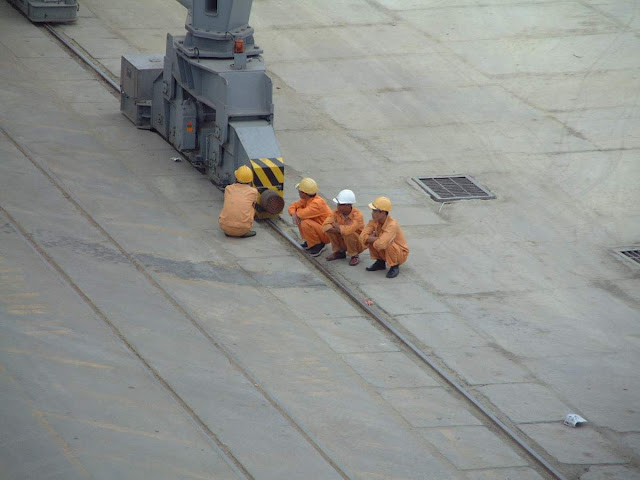 Local workforce have a break and watching us.

As already mentioned, this is a huge commercial port, with no cruise port. So we had to tie up next to all kinds of general cargo vessels, in all kinds of state (maintenance wise). This is not exactly a daily sight for the locals, so they were very curious. It was like the Circus is in town, and we were the circus freaks. 😁
Extremely interesting to observe for my first time.
However, little did I know what was waiting for me at next stop, the world famous Halong bay.

Next stop,  something for anyone's "bucket list" if you plan to visit South-East Asia.....Halong Bay.